Just like in the US, there are a range of issues that are currently driving changes in energy supply and demand in the UK and in the US that will influence these factors over the next ten to twenty years. The UK energy market is highly dependent on natural gas and has to compete on the world market for gas supplies. Former Ofgem head Alistair Buchanan noted that up to 70% of the UK energy supply would come from this source up to 2020, meaning that there would be increasing instability in energy pricing as gas became a more competitive market. This reliance on imported gas is exacerbated by falling supplies of domestic natural gas and inadequate capacity build-out of renewable sources like wind and solar energy, as well as falling reserve capacity related to closure of older generation plants. This essay presents a brief overview of supply and demand issues in the UK market that are likely to influence the UK market over the next ten to twenty years. 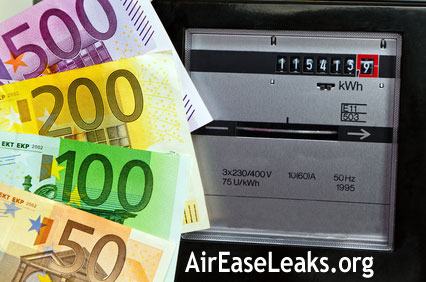 The estimated demand for peak electricity in 2020 is estimated at 50 to 70 GW (the longest-term demand estimates that could be found). This is not very different from the current peak demand of 60 GW, but will still require some additional capacity. Capacity margin (or the amount of potential generation over estimated peak demand) is estimated at 6% to 15% in various estimations for the same time period. There are various measures in place to reduce and control demand, including smart grid and smart meter technologies. These technologies optimize grid transmission of energy (smart grid) and allow energy users to carefully monitor and optimize their energy usage (smart meter), resulting in less overall energy use. Other government policies that impact usage and demand include the Green Deal (which offers incentives for energy-saving investments), the Renewable Heat Incentive (which offers incentives for generating heat from sources such as biomass or geothermal), and the Feed-in Tariffs program (which offers an incentive for small-scale renewables generation). To an extent, the energy demand during the next ten to twenty years also depends on economic development. Significant factors in this development will include the impact of increasing numbers of elderly people, levels of industrialization, and other factors that will influence the use of energy in residential and commercial settings. Given these factors, it is clear that energy demand is almost certainly going to rise, but also that there are programs in place meant to control the extent of this rise and encourage alternative sources.

The sources of new energy are expected to vary substantially. Currently, gas-fired energy generation is being promoted as a major government strategy for capacity-building based on the 2011 Electricity Markets Review (EMR). This promotion is based on the perception that gas-fired energy is cleaner than coal and more reliable than renewable sources or nuclear power. However, it is not at all certain that this is the best strategy for meeting demand, particularly given the falling domestic production of natural gas and increasing cost of the fuel on the world market. There have also been a number of older gas-fired plants targeted for decommissioning, along with coal plants, which will reduce capacity in this area. Thus, while industry groups may consider gas to be a reliable substitute for existing energy sources, it is uncertain that it will provide this benefit in the long term, and it should not (despite the Gas Strategies lobbying group recommendations) be counted on as a long-term supply strategy.

One obvious option for increasing capacity is the use of renewables. Renewable energy is important from the perspective of carbon emissions reduction and climate change mitigation as well as supply energy usage. This has made them an area of government policy, though the actual development of renewable capacity has been slow. The Climate Change Act 2008 requires that total carbon emissions should be reduced by 34% by 2020, though this is only an interim target. The emissions reduction target for 2030 is 60% from 2008 levels.

The UK currently lags behind most European Union states in its use of renewables, with a target of only 15% of energy being generated from renewables by 2020. In 2009, the UK had only reached 3% of energy from renewables. Current government strategy targets the development of renewables, especially wind (though also including biomass and other sources) for development, but this has been relatively slow in actual implementation. Additionally, some alternative energy sources will be phased out during this period; for example, only a single existing nuclear power plant is expected to still be in operation past 2023, and no further nuclear plants are scheduled to come online, though this is an area of policy development (Ofgem, 2009). However, bringing biomass, wind, and other renewable sources online in the future would significantly improve capacity as well as reduce cost associated with production.

This report has shown that the UK may face increasing energy costs, as increases in demand are not matched by increases in supply as well as continued reliance on increasingly expensive fossil fuel energy sources. In order to effectively manage demand and supply in the UK and US energy market, there will need to be a strategic revision to encourage development of alternative energy sources, rather than simply increasing reliance on natural gas sources. This could involve strategies like expanding biomass fuel plants as well as improving wind and solar generation. Overall, demand is not likely to fall during this period, though it may stabilize. In order to prevent shortages and attendant cost increases, there needs to be more attention paid to capacity-building.

RWE Power. Energy and the Economy: The 2030 Outlook for UK and US Businesses.