Energy Sources of Chicago and Other Cities


The rapid depletion of fossil fuel resources along with the alarming rate at which greenhouse gases have been accumulating in the atmosphere emphasize the need to develop alternative energy sources and strategies to prevent the collapse of the planet. Clearly, ensuring the sustainability of life on this planet requires a drastic change from the current energy dependency on non-renewable fossil fuel resources which carry a huge environmental cost towards more renewable sources of energy like geothermal HVAC systems with the capacity to sustain the requirements of future generations of human societies.

Indeed, several renewable energy alternatives could be developed to replace non-renewable sources in order to reduce and ultimately eliminate greenhouse gas emissions and other pollutants from fossil fuel combustion. Among the most viable sources of energy for sustainable societies are renewable resources such as solar, wind, hydrological, and geothermal power. Although the development of these energy sources has often been regarded to be more costly than the extraction and processing of fossil fuel, they entail lower environmental costs in the long term. There are already existing technologies that enable humans to capture solar energy through the use of photovoltaic cells or wind energy through windmills. Solar power can then be used for the electricity needs of an entire community. With proper focus on the development of innovative technologies, future societies will be able to generate adequate energy from a combination of renewable sources to power the electricity and other energy needs of entire cities and even countries. 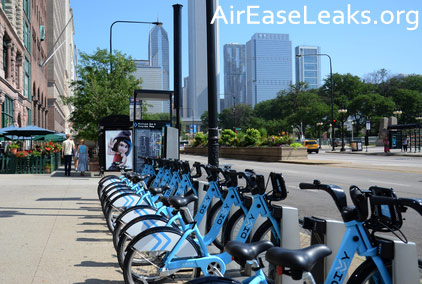 Harnessing the energy capacities of the sun, wind, water, or geothermal reaction will make it possible for humans to live without gasoline, petroleum, and other fuels associated with high levels of carbon emissions that contribute to imbalances in the planet’s atmosphere. Solar power, for instance, can be used by humans for millions of years before the sun itself expires. Likewise, wind power and hydropower can be used along with solar power to generate electricity for the power grid. The shift to renewable energy sources will inevitably have a significant influence on the engineering and design of urban spaces and modes of transportation. Compared to fossil fuel and other energy sources, for instance, most renewable energy forms are characterized by low energy density, which entails the need for better technology that would allow humans to efficiently capture and store solar, wind, and hydropower in order to deliver electricity for homes, industries, and transportation sectors. For instance, these energies can also be converted into hydrogen to fuel airplanes and other modes of transportation, as exemplified by innovations in engine technology and engineering pioneered by some automakers in many developed countries.

Meanwhile, although nuclear and biomass are also renewable forms of energy, their use will not be sustainable in the long run. While nuclear power has the potential to meet the large-scale electricity needs of future cities and other communities, it also carries numerous risks associated with the disposal of radioactive wastes. In the same manner, humans cannot depend solely on biomass sources for energy as biomass energy production reinforces the wasteful culture which contributes to resource degradation and also has the potential to exacerbate existing problems of land and water pollution.

Thus, the future of the next generation of humans depend on the current generations’ ability to move towards sustainable energy utilization through the development and adoption of improved HVAC and related technologies to efficiently and effectively utilize renewable energy resources. This requires a cultural shift from intensive energy use in habitat and transportation towards an attitude of resource conservation through the use of energy-efficient technologies in the production and consumption and other aspects of human lifestyle.


1. The idea of the global ponzi economy means that people are taking more out of the global environment, such as natural resources, than they are putting into it. This has come about because of the increased demand for natural resources in the past decade. In order to correct this problem, Brown states that net carbon dioxide emissions must be cut by 80% by 2020, the world population must be stabilized at 8 billion, poverty must be eradicated, and the natural systems of the planet, such as soil, water, forests, and fisheries, must be restored.

2. The new materials economy is the idea that products are made to be used and thrown away in a short amount of time as opposed to being used for years, decades, or even a lifetime. An example of this is the use of aluminum in beverage cans that are meant to be used once and then thrown away to never be used again.

3. One strategy that can be used in developing nations, such as India, in order to stabilize population growth is to provide women access to reproductive health and family planning. This would help to stabilize the population of countries such as India because it would equip women with the knowledge to make decisions about their bodies and about whether they want to have children.

4. Universal basic education is a minimum amount of education for all children around the world, and ensuring that all children are actually enrolled in school and receiving the minimum amount of education in question. The reason that universal basic education is important to the population is because it provides a way to reduce the gap between rich and poor. As a larger number of people have at least a basic level of education, one less obstacle exists between those that have knowledge and those that lack even the most basic level of education and knowledge about the world around them.

5. A fossil aquifer is a source of underground water that is largely sealed off for millions of years, which means that the aquifer cannot be recharged. The inability for the water in a fossil aquifer to be readily replenished is what distinguishes these aquifers from other ground water sources. The significance of fossil aquifers is that they are being used for agricultural use in countries around the world. The problem, however, is that once these sources of water are depleted, many countries will lack the water that they need for agricultural use, and greater shortages of food are likely to occur.

6. Albedo is the term that describes when the sun is reflected off of ice. This process is important for the Earth because as sun hits the polar ice caps, about 70% is reflected back into space, which means that the associated heat is not absorbed. However, as the polar ice caps melt, as much as 94% of the heat from the sun is absorbed, which means that the temperature of the planet is increased.

7. Failing states are nations that can no longer ensure the safety of their citizens. The failure of states is important to global environmental issues because they no longer provide education, health care, or environmental controls over land use. The end result is that greater environmental problems arise for which there are fewer efforts in failed states to control them and protect the larger environment of the world.

8. Brown calls soil the foundation of civilization because it covers the top six inches of the Earth and is most important for agricultural needs because of its fertility. One concern that is threatening the foundation of civilization is soil erosion that is resulting in soil being removed at a faster rate than it is created. The result is that fertile soil to grow crops.

9. Two major sources of greenhouse gas emissions is pollution from cars and vehicles and from the production of electricity.

10. Peak oil is the point at which maximum oil extraction is reached. One example that the United States has reached peak oil is the demand for energy efficient cars that use less gas.

11. A smart grid is an electrical grid that has the ability to automatically adjust the energy usage of people and buildings to reduce energy consumption without altering the lives of people, such as determining when an air conditioner in a building can be turned off for a given period of time without causing the inside temperature to increase. This is different from the current electrical management system in which overall usage is the concern as opposed to individual usage based on actual energy needs and energy efficiency.

12. The name of the two energy revolution that are occurring are the shift to energy efficient technologies and the shift to renewable energies. These revolutions are different from today because they are based on conserving energy and finding ways to avoid using oil, coal, and natural gas. An example of the energy efficient revolution is the move from incandescent light bulbs to compact fluorescents, and an example of the shift to renewable energy is the use of solar energy to power homes instead of electricity created using coal or natural gas.

13. LEED means constructing buildings that are energy efficient so that they use a substantially lower amount of energy than traditionally-constructed buildings. One example would be buildings that use ground source heat as opposed to traditional heating systems.

The need to protect the environment is more important than ever. In order to protect the environment, there are actions that can be taken within the local community that can reduce the use of fossil fuels and prevent the destruction and misuse of the land that is available. One way in which to achieve this would be to implement a transportation system that is based on the use of buses and trains. By moving toward public transportation, fewer people would use cars that pollute the environment. In addition, for areas in which car use is needed, express lanes should be created in order to allow cars to move as efficiently as possible to make travel as energy efficient as possible. Finally, the land in the community should be managed so that specific tracts of land are set aside for specific uses, such as for building homes and for creating green spaces such as parks. By managing land more efficiently, the city can help to prevent the erosion of soil and the over congestion of the city.

This ideas may seem small, but together they can reduce pollution and protect the natural resources of the local community. The city can become a part of the larger effort to protect the environment and prevent greater environmental destruction.