Driving Energy of the Future


Although the price of gas may wax and wane in the short term, over the long term there is widespread scientific consensus that renewable fuels are necessary to power the vehicles of the future to create a more sustainable tomorrow. However, consumers—particularly American consumers—have been reluctant to embrace the full range of offerings of the alternative vehicle market, which currently is mainly comprised of hybrid technology and electric-powered cars. This paper will provide an overview of the primary alternative fuel vehicle options as well as conclude with a discussion of some of the more controversial and unusual alternative vehicle possibilities in the marketplace such as the use of vegetable oil to power trucks and cars. 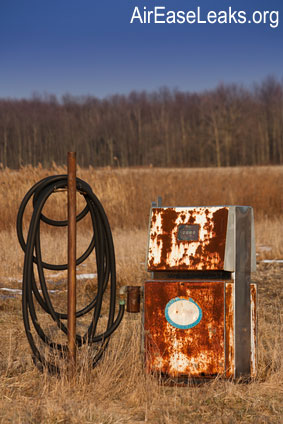 The flagship vehicle for hybrid technology is that of the Toyota Prius. Toyota today is widely praised for being a forward-thinking company concerned about the future of the automobile, given environmentalists’ challenges to the sustainability of the current, Western way of life. The Prius was “the first vehicle to provide a serious alternative to the internal combustion engine” (Taylor). The vehicles were initially more popular in Japan than the U.S., a nation with far less of a ‘car culture’ than America. Furthermore, the early incarnations of the Prius were not very pleasurable to drive, “requiring 13 seconds to get to 60 miles per hour (the Corolla needed just ten)”. Reviews were mixed: “the Prius alternatively lurches and bucks down the road, its engine noise swelling and subsiding for no apparent reason". American consumers weaned on sleek SUVs were also put off by the vehicle’s snub-nosed appearance and small, fragile exterior. However, for environmentally-conscious drivers the car boasted 80% lower emissions and the vehicle gradually gained a certain amount of ‘sex appeal’ as celebrities were seen driving the vehicle as testimony to their devotion to the environment. A spike in gas prices shortly after the release of the Prius and legislation which permitted electric cars to be driven solo in HOV lanes also contributed to its popularity.

The ‘hybrid’ car gets its name from the fact that it makes use of a hybrid of both electric and gas fuel, merging the power of gas with the fuel-efficiency of electricity, enabling the driver to conserve fuel yet also have a more high-powered vehicle than a purely electrically-run car. “A [standard] hybrid car features a small fuel-efficient gas engine combined with an electric motor that assists the engine when accelerating. The electric motor is powered by batteries that recharge automatically while you drive” (“Hybrid cars,” Earth Easy). Unlike electric cars, standard hybrids thus do not have to be ‘plugged in’ to recharge, nor are they limited in their geographic outreach by the proximity of charging stations, thus making them relatively convenient to use although still not as powerful as gas models.

By 2013, most of the major automakers had developed hybrid models. More than 40 hybrids are available, accounting for 3 percent of all sales and the Prius still continues to dominate the market. By August of 2013, 298,000 hybrids overall had been sold in America. Although hybrids remain a niche market even American companies like Ford—an American car manufacturer well known for its mammoth SUVs during the 1990s—are still trying to simulate consumer demand for these types of cars.

Hybrid cars are more expensive than standard vehicles, but electric cars like the Chevy Volt (technically a ‘plug in hybrid’ although it uses far less fuel than even a standard hybrid like the Prius) are even more expensive. They have not garnered the popularity amongst consumers of their ‘pure hybrid’ cousins. For example, “the base price for a regular, gasoline-powered Ford Fusion sedan is $21,900. The conventional hybrid version of the car goes for $26,200. But the plug-in variation costs $38,700.” The high cost combined with the fact that electric vehicles can only travel between 75 to 125 miles between charges makes some consumers reluctant to purchase them, despite the proliferation of more ‘charging stations’ in major metropolitan locations. Some have argued that the automotive company investment in electric vehicles is more due to the desire to project a green image and garner good PR than a response to genuine market demand. Thanks to consumer disinterest, General Motors was forced to reduce the much-heralded Chevy Volt’s price by $4,000 “in addition to offering more favorable lease terms to stimulate demand.”

Another alternative fuel which is growing in popularity is that of ethanol, more specifically “E85, a blend of 85% ethanol and 15% gasoline” which can be used in flexible fuel vehicles (FFVs) that can run either on gasoline, E85, or even a mixture of both fuels (“Ethanol.” fueleconomy.gov, 2013). Ethanol is considered a renewable fuel because it is derived from corn. Because it is obtained from organic material and is produced from renewable ‘grown’ sources, some consider ethanol to be a superior, greener form of fuel versus standard gasoline. The “alcohol-based fuel” is “made by fermenting and distilling starch crops, such as corn. It can also be made from ‘cellulosic biomass’ such as trees and grasses” (“Ethanol,” fueleconomy.gov).

However, the use of ethanol is not without its controversies. First and foremost, there is the criticism that using corn to make gasoline is shifting all-important resources from making food to powering vehicles, which is not truly a ‘sustainable’ practice for the world economy. Secondly, it is also argued that the use of ethanol is somewhat quixotic because of the environmental footprint created by ethanol production. “Experts have calculated that it takes more energy to produce corn, convert it to ethanol, and then bring the ethanol to market than the energy gained when the corn-based ethanol is used as fuel…it takes a lot of gasoline to produce ethanol - gasoline that might otherwise be used in our vehicles” (“Why is using corn-based ethanol as fuel environmentally controversial,” Discovery Channel). However, finding alternative modes of transporting ethanol, it is hoped, can respond to such objections. Even if ethanol is not as ideally ‘green’ as one would like at present, its proponents argue, it has that potential to be so in the future. Cynics suggest that ethanol is mainly a boon to American ‘big agriculture’ rather than a meaningful stride in favor of sustainability and energy independence. However, if it is possible at some point to transport ethanol via pipes, it could improve its sustainability profile (“Why is using corn-based ethanol as fuel environmentally controversial,” Discovery Channel).

Although it currently exists more as ‘novelty ’product, it is worth noting that vegetable oil, specifically discarded ‘fry oil’ from restaurants has been used to power some vehicles at a fraction of the cost of gas. It takes a mere $3,500 to convert a diesel engine to a vehicle running on vegetable fuel, which means putting a “fuel tank in the back (which has a heating element inside it, because the oil needs to be kept hot to burn), fuel lines up to the engine, as well as a filter and a valve set and toggle switches so the driver can choose between running on vegetable oil or on conventional diesel fuel”. Because the car literally uses a waste product to run, it is actually ‘green’ by recycling energy as well as eschewing conventional gasoline.

However, even more so than electric cars, the ‘infrastructure’ problem of how to obtain a steady supply of fry oil from restaurants is problematic, as is the fact that only a fraction of the nation’s vehicles currently run on diesel. Moreover, vegetable oil is not a widespread solution for all cars given that “100 million gallons of waste restaurant oil generated annually. That would only replace about 0.07 percent of the 140 billion gallons of gas Americans use each year” (Hargreaves). Although it may save money for the individual who converts his fleet of diesel trucks, vegetable oil can only be part of the solution to the question of how to create a more sustainable system of transport.