This section is an economic analysis of the 150 MW power facility based on a photovoltaic system using polycrystalline silicon cells. There will be a discussion of the number of panels necessary. This is followed by the space and land requirements for the project. The initial construction costs, as well as the maintenance expenses are explored as well. The payback period is calculated, and it is explained why this dependent on the price of oil. The section closes with an analysis of the financial feasibility of the project.

In Europe and the United States, the amount of sun striking the surface will allow for between 4 and 6.5 kW/m2 to be generated by a photovoltaic system with polycrystalline silicon cells. However, Kuwait receives sun, which is roughly equivalent to that in the Sahara desert. Therefore, the yield will be about 8.3 kW/m2. Most solar panels are approximately 1 m² in size. If each solar panel produces 8.3 kW, then the number of panels necessary to produce 150 MW is:

Since the system will not always be operating with near-perfect performance, additional panels will be necessary in order to ensure that the plant is constantly able to provide 150 MW. Therefore, using 19,000 panels is advised, which would allow for 150 MW to be generated when the system is operating at 95% capacity.

Area and Number of Power Stations

Another consideration is the amount of space, which will be required for the entire energy output. It is suggested that the plant be based on the Solnova Solar Power Station located in Spain. This is a solar power facility which produces 150 MW of power. The station is split up into three power stations which each produce 50 MW of power. Each power station will require considerable space amounting to approximately 0.5 km² of land. There must be space for the solar panels, the power station, maintenance equipment, and offices.

Cost of the Project

The development of a concentrated solar power plant which is capable of producing 150 MW of power is a multimillion dollar undertaking. The following are estimates of the cost involved:

There will also be miscellaneous maintenance costs, which will be covered by various contractors. These consist of items such as clearing any foliage or debris near the array, providing janitorial services for the office complex, and building maintenance. There will be £1,000,000 allocated for the three facilities. This means the total for all fixed and miscellaneous annual maintenance costs = £7,599,826.

The project managers will handle the day-to-day operations of the power plants. The technical specialists will assist the managers or other contract personnel when problems arise in the plant due to technological difficulties. There will be one executive manager for each of the three power stations. The project managers and technical specialists will be assigned in an equal number to the stations. However, if a significant problem arises at one of the stations, the staff will have the option of temporarily shifting their duties to the station which requires assistance.

Electricity is a subsidized commodity in Kuwait, and the rates are quite low. This is an effort on the part of the government to encourage economic development, as well as outside investors. Electricity rates have not changed since the 1980s. For commercial and residential consumers, the price of electricity in Kuwait is £0.21 per kW. The price for industrial customers is approximately £0.11. However, the cost of the electricity production is quite a bit higher than these rates.

Most of the electricity generated in Kuwait comes from its fuel fired steam plants). Steam drives the turbines which produce electricity. The steam comes from boilers, which are heated by different fuels, which are produced in Kuwait. These fuels are crude oil, gas oil, heavy fuel oil, and natural gas. The cost to produce this electricity varies with the cost of oil, which will be discussed in the next section. At the current price of oil, it costs approximately four times the price being charged to the commercial and residential consumers. This means the Kuwait government spends £0.61 for each kW of electricity produced. This means the government of Kuwait is now spending approximately £54,400,000 annually to produce electricity.

The proposed three solar power plants could provide approximately 30% of the total power necessary for Kuwait at the current level of use. The annual cost for this electricity would be 7,599,826. The cost of the present electricity production for this amount of power would be 16,320,000. This amounts to cost savings of 8,720,174 per annum. If the cost of the stations was 367,500,000, then the payback period would be:

The cost of Kuwait producing electricity with its current power plants is primarily determined by the price of oil. The costs which were mentioned in the previous section are actually calculated according to how much oil Kuwait diverged to the producing electricity rather than exporting it. Therefore, the payback period is directly related to the current price of oil. This is a notoriously variable commodity as can be seen in table 5 below: 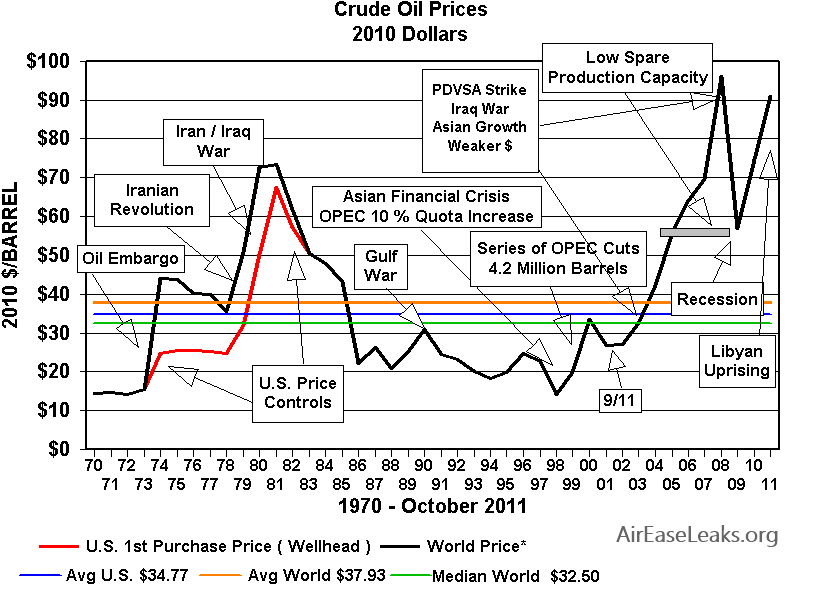 Financial Feasibility of the Project

While the tripling of the price of oil seems drastic, it should be remembered that between 2001 and 2007, the price of oil tripled (Dicker). This is a time span of only six years. Additionally, the price of the solar panels and other advanced technology continues to drop. While the project may not be financially feasible at this time, it is quite possible that the situation will change given the volatile nature of oil prices.

This section of the paper included an economic analysis of the proposed 150 MW power plant. The set up was based on the capsule nova Solar Power Station which is located in Spain and also produces 150 MW of power. It is suggested that three power stations produce and 50 MW of power each would meet the requirements. Due to the cost of construction, it would take approximately 42 years for the cost of the plant to be recouped by the government of Kuwait. However, this is highly dependent on the price of oil. As oil prices rise, the payback period decreases. Furthermore, the technology is reducing in price. This means it is likely that the project may become feasible soon.