There have been a number of advances in recent years in ventilation strategies for use in energy efficient cooling. These advances include night-time cooling, in which an air exchange is used for the building after the sun has set; natural ventilation, which has recently involved techniques such as increasing air speed and positioning the building to take advantage of solar cooling; and demand controlled ventilation, which is driven by individual comfort levels. This essay briefly discusses these different developments and considers where developments might be made in the coming years to further improve ventilation in the next ten to twenty years, as well as on-going research that could improve conditions. 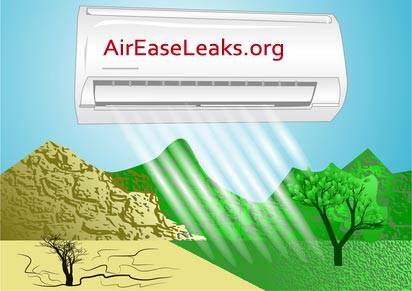 One current area of development is night-time ventilation, which is used to assist in heat exchange during the cooler hours of the evening. This principle works as follows: “Whenever the night-time outdoor air temperature is low enough, natural or mechanical ventilation can be used to cool the exposed thermal mass of a building in order to provide a heat sink during the following day.” The principle itself is simple and straightforward, but actually implementing the process of night-time ventilation is highly complex due to the requirements to appropriately understand the parameters, such as humidity, external temperature, building configuration and internal air flow, and additional requirement. However, this is an active area for development. A simulation model developed to identify the feasibility of night-time cooling determined that parameters that needed to be taken into account included floor area, heat capacity (including dynamic heat capacity), heat transfer coefficient, thickness, mean climactic summer cooling potential, hours the building was overheated above 26ºC, and average room surface temperature. The model used by the authors was highly complex, and included a requirement to calculate these parameters for multiple building materials and models. The researchers found that climate conditions and air flow rate in the ventilation system were most relevant to the cooling potential of the night-time cooling system, and that thermal mass and internal heat transfer were also significant.

This area of development has since been supported by further research in simulation experiments, which provide a case study for the use of night-time cooling and ventilation systems. These simulation experiments are intended to identify the most efficient approaches to facilitating heat transfer, and used a simulated ventilation room in order to test various configurations of ventilation to determine the most effective cooling approach. The authors found in this simulation study that displacement ventilation was most effective in low air flow settings than mixed ventilation was, with increased temperature reduction and increased energy efficiency. However, at higher air flow rates the mixed ventilation system was more efficient than the displacement ventilation approach. This only underlines the complexity of managing night-time ventilation and demonstrates that there are multiple factors that need to be taken into account, while supporting the 2008 finding that air flow is one of the primary determinants in the effectiveness of ventilation. The use of night-time ventilation for cooling remains an active area of development, and is likely to be increasingly important in coming years.

One of the simplest of the approaches used in energy-efficient cooling in recent periods has been increasing the air flow rate of ventilation systems (either through the passive configuration of ventilation systems or through active fan assists). This approach increases the sensation of cooling and increases satisfaction with cooling systems, especially low-power cooling systems. The use of increased air speed allows for the temperature on traditional cooling systems to be increased, resulting in less energy usage. Chow et al conducted an experiment within a Chinese office building to determine whether individuals found that changes in increased air flow made a significant difference in perceived temperature or comfort. The study found that at an air speed of 0.1 to 0.2 m/s, a neutral temperature of around 25.4ºC was found for the workers on average. Given that this was a group that was found to be used to having access to air conditioning at lower temperatures, this is a significant advantage for the use of increased air flow. However, there were some differences in temperature perceptions, which the authors suggested could be resolved by having individual devices (such as small fans) available to adjust air temperature to a comfortable environment. Regardless, the use of increased air flow in such settings does offer an opportunity to lower energy consumption in a given ventilation system without significantly revamping the system itself.

One of the main areas of research currently found in the literature is on natural ventilation. Natural ventilation is the use of placement and management of buildings in order to take advantage of natural external air flow patterns (sometimes combined with other placement approaches such as positioning in order to take advantage of solar cooling). This approach has the advantage that, as a passive method, it can significantly reduce energy usage, but it also needs to be managed effectively, such as through appropriate placement, and as such can be difficult to retrofit into existing buildings. Simulation studies in various climates indicate that the use of natural ventilation can result in improvements in comfort between 9% and 56%, with the best results being seen in tropical and temperate climates (though improvements were only modest in subtropical climates). This approach has the potential to greatly improve comfort in various climates without increasing energy usage, thus significantly improving energy efficiency in these areas.

Another area of active research is that of on-demand ventilation, particularly ways in which ventilation can be managed in a more energy-efficient manner. The use of dual-speed ventilation is common, as it was seen in the case study identified. However, in many cases if occupants are offered the opportunity to reduce speed, this will be done 37% of the time when the ventilation speed is set to high; this means that energy efficiency can be enhanced by allowing occupants to choose what speed the fan should be directed at. This study was important because not only did occupants not report any discomfort from the change from high air flow rates to low flow rates, there was also no difference in the carbon dioxide loadings or humidity in the house, which can cause serious effects on the occupant comfort. The issue of on-demand ventilation is likely to be one that is tackled in coming years, but it is also an issue that can be managed without needing to redesign systems, as most existing systems have user-controlled airflow rates or can be retrofitted with them. Thus, this is a change that can be made immediately to existing systems to reduce energy consumption.

There are a number of exciting research areas in ventilation for energy-efficient cooling systems that could make a significant difference in the upcoming years. Of particular interest is growing use of techniques such as increasing airflow and using displacement ventilation, which through increasing the sensation of airflow allows for increasing the temperature of the cooling system (thus saving energy). Night-time ventilation systems also show significant promise in their ability to reduce energy usage and increase effective ventilation use. Systems including natural ventilation also reduce energy, although they may be more difficult to maintain effectively in warm, humid climates. Overall, there are a number of improvements in ventilation for energy-efficient cooling systems that are expected to take place in the next few years that will reduce energy usage or possibly even eliminate it entirely.

Haase, M., & Amato, A. An investigation of the potential for natural ventilation and building orientation to achieve thermal comfort in warm and humid climates. Solar Energy.